The first issue of the “Keystone Kops” story by Greg Rucka and Stefano Gaudiano, in which Flash’s enemy Dr. Alchemy comes to Gotham and inadvertently harms a kid and a cop who wander into an abandoned building where Alchemy had released toxic chemicals. It’s another good example of how bystanders are hurt by superheroes and villains.

And also, a direct reference to Flash’s origin. When chemical spill on guys in superhero books, they get superspeed. When it happens in Gotham Central, it leads to gruesome death. 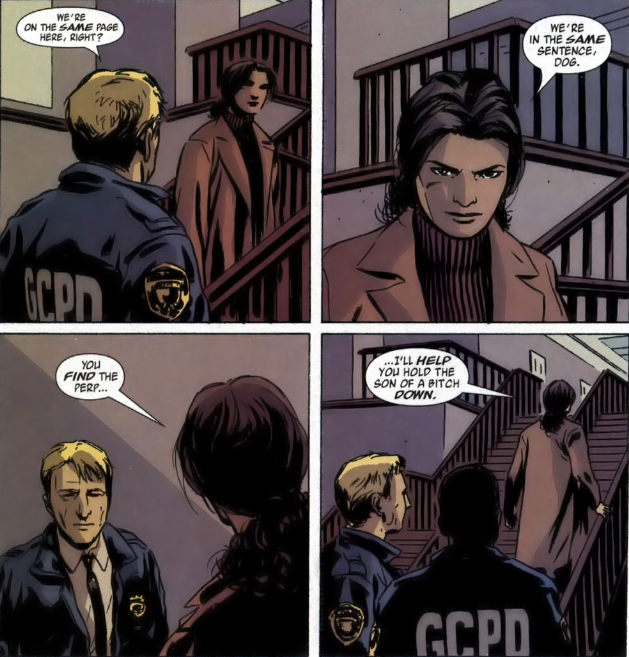 Renee Montoya is a badass.

Batman ends up helping on this one.

I love how Batman is off-panel in this, and you just hear him. It illustrates how the cops are the stars of this series, even though the traditional “action” is in the other room with the Bat. 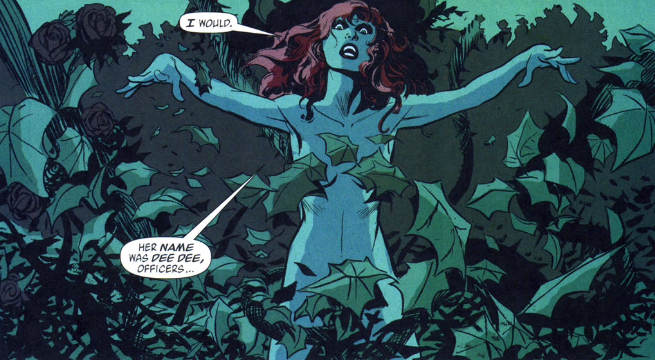 Posting a second panel from this issue because it’s so cool. There are bad cops, and Poison Ivy gets revenge on them, but she’s bad, too! Murky morality was another reason this was so ahead of its time.