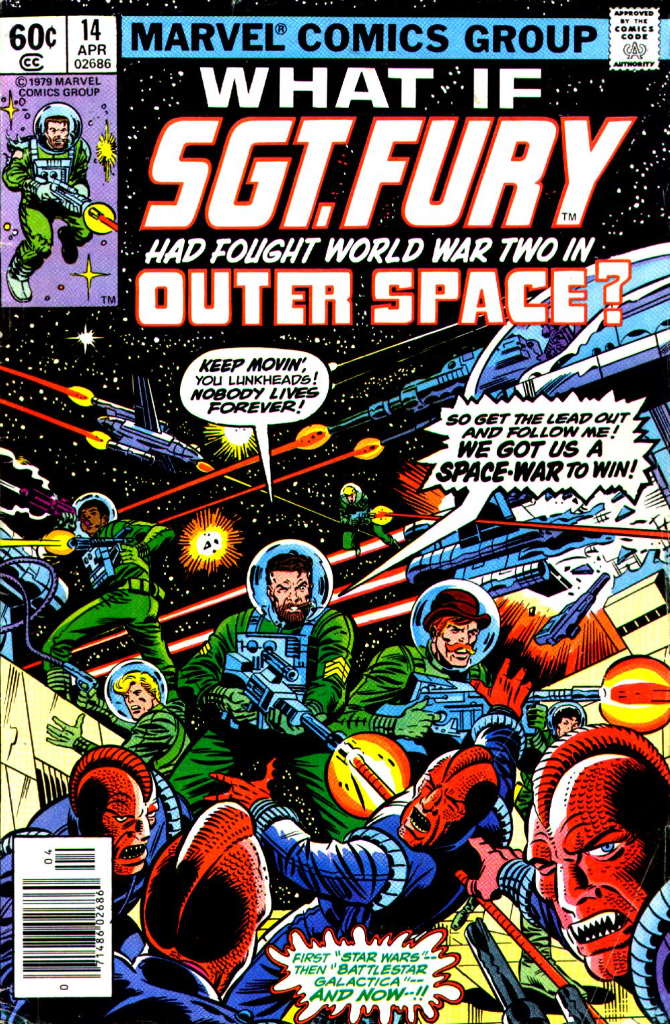 WHAT IF? #14: What if Nick Fury had Fought World War II in Space?

This one is pretty dumb. It kind of came true though. In the underrated and quickly forgotten Original Sin miniseries, we learned that Nick Fury had been up to all kinds of outer space and interdimensional hijinks, for decades.  In this case, truth was better than fiction: This issue of What If? was simply not that interesting—especially compared to Nick Fury’s adventures in Original Sin.

Uatu stays with the space adventures for the next issue, and it’s much better.

WHAT IF? #15: What if Someone Else Had Become Nova?  It’s four short stories by some terrific creators.

Walt Simonson illustrates a girl Nova story, who gets revenge on people who killed her husband, goes mad with power, and ultimately is captured by the Fantastic Four. Ross Andru does the Peter Parker version. Carmine Infantino and John Buscema contribute. And the great George Perez illustrates the “what if a criminal” became Nova story.

All written by Marv Wolfman.

It’s way-out-there concepts like this that make What If? so much fun.

The best part is ironic twist ending, where Peter Parker says “no matter what I try to do—it always ends in tragedy!”

That’s basically the whole concept of What If?…