After his trip to Salem to save Scarlet Witch from a fatal trial, Spider-Man tried to get home. Time travel! And of course a glimpse of 1776 because of the nation’s bicentennial.

But Spider-Man wakes up in the distant future–2019. 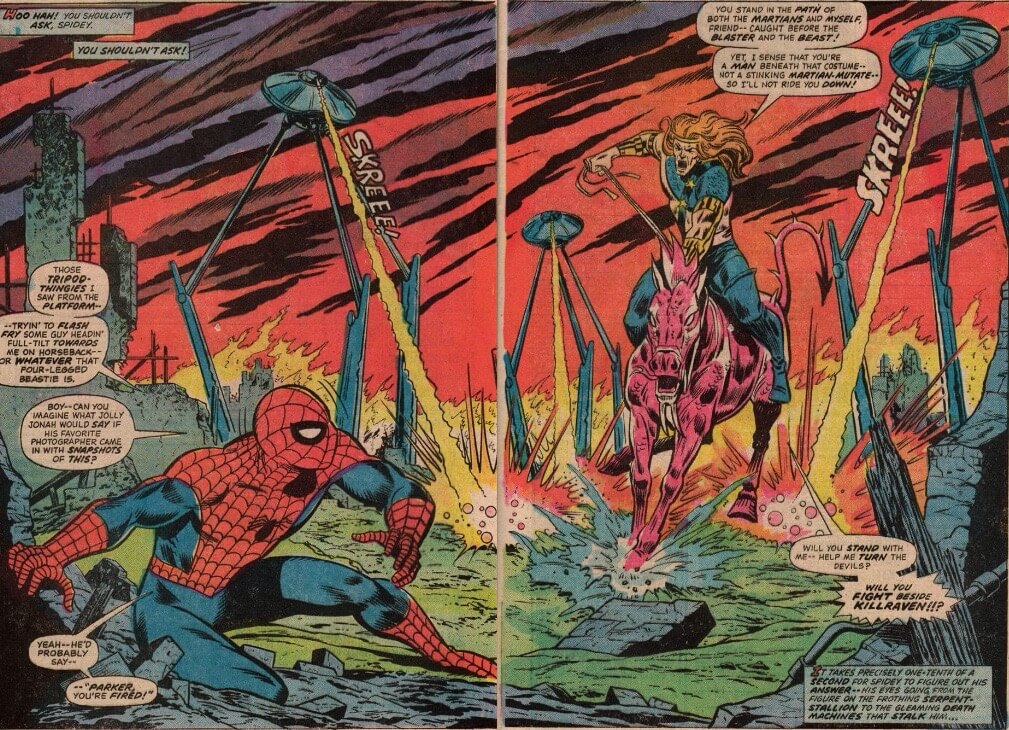 Spider-Man meets Killraven–who up to now hadn’t existed in Marvel continuity.  It’s not bad, for a one-off.  Then, he continues his future adventures to meet Deathlok…

I think that was the first time Deathlok appeared in actual continuity, as part of the greater Marvel Universe.

I really like the idea of using Marvel Team-Up to displace Spider-Man in time and have meet characters from different timelines.  I think not having him hook up with the original Guardians of the Galaxy was a lost opportunity.