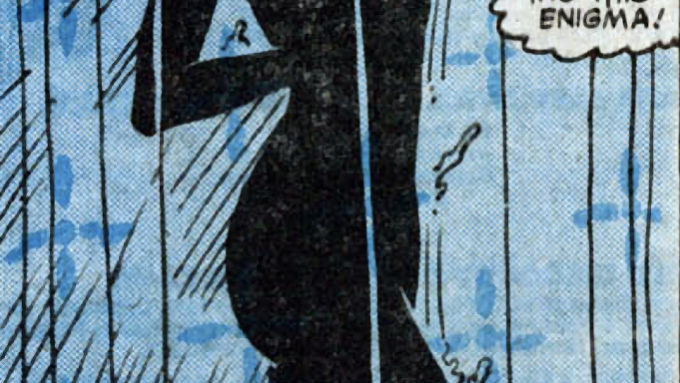 This issue has everything!  A photo cover (for more on the photo cover, go here) with special effects!  Double-sized!  Tons of guest stars from the entire character’s history!  Here’s how they did the cover:

And guess what?  She dies!

We get introduced to a guy called “Locksmith” and his partner, a seer named Tick Tock.

They capture Spider-Woman while she is showering.

Of course. Cheesecake is a grand tradition for this series.

They’ve also got several of her friends and enemies (even Daddy Longlegs!), and they all must cum-bay-ya to escape together and then, when they do…

It turns out SW’s oldest foe, Morgan Le Fay, was the real enemy.  The two literally fight to the death.

And it ends with Jessica wandering off into space, astrally, with her soul saying goodbye to the reader.

Not the ending you’d expect from this mag, which generally played it safe and “normal,” but then this is a different creative team and writer Ann Nocenti is known for the offbeat and occult.  Frankly, if the book had been as radical and different as this issue all the way through, it would have been a much more memorable read. 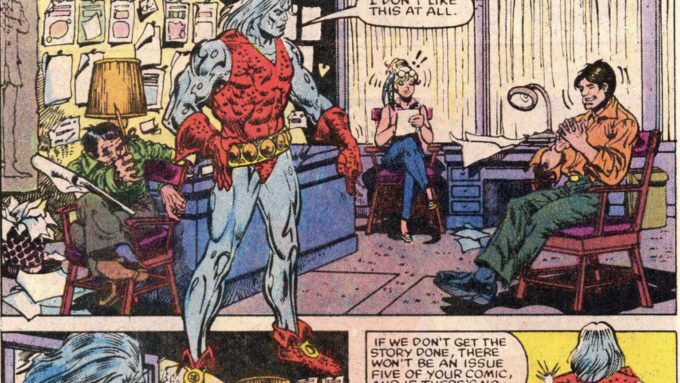 Issue #5 of Crystar was the Assistant Editor’s Month issue. It offers us a story where he’s working with the book’s creators. It’s cute. That’s assistant editor Bob Harras in… 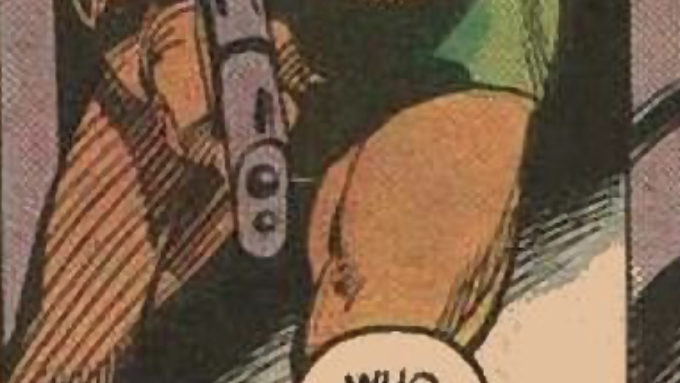 Having an enemy named after an animal in the Marvel Universe is nothing new, but one named after a European Cargo Airline? That’s just weird. But maybe having “Flying Tiger”… 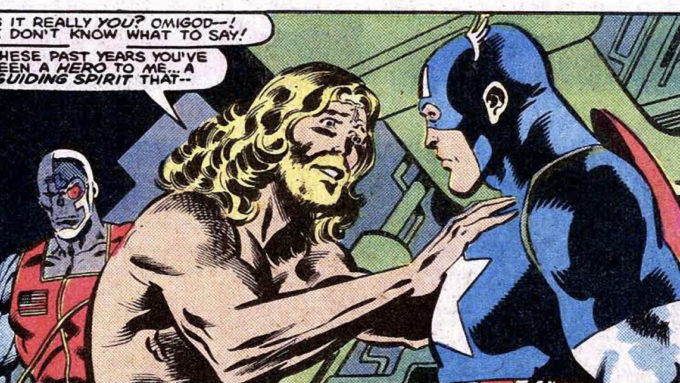 Deathlok may be a cool concept, but this is probably the only good Deathlok story from before 2010.  After that, Rick Remender used the character pretty well in X-Force.  He’s…