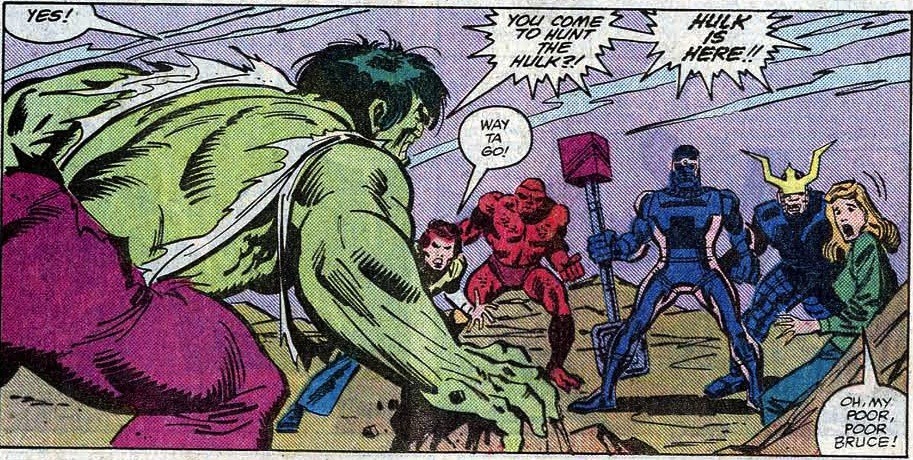 An alien film director comes to Earth to make a movie about Hulk, and brings some bullies to provoke him.  Then Hulk goes into space for vengeance, where he finds out that Abomination is living on another planet now as a gladiator leader (kind of like World War Hulk).

Note: The aliens are all from prior (old) issues of Hulk, but they’re nobody you would (or would want to) know about.

The story ends with Hulk still in space, which is important to the next tale.

The letter page reprints an old Bill Mantlo fan letter. In the ’60s and ’70s, many future Bullpen creators wrote into comics. The letters pages in the ’80s have not been fruitful.